Home > News > What is bird flu and how does it impact farmers? 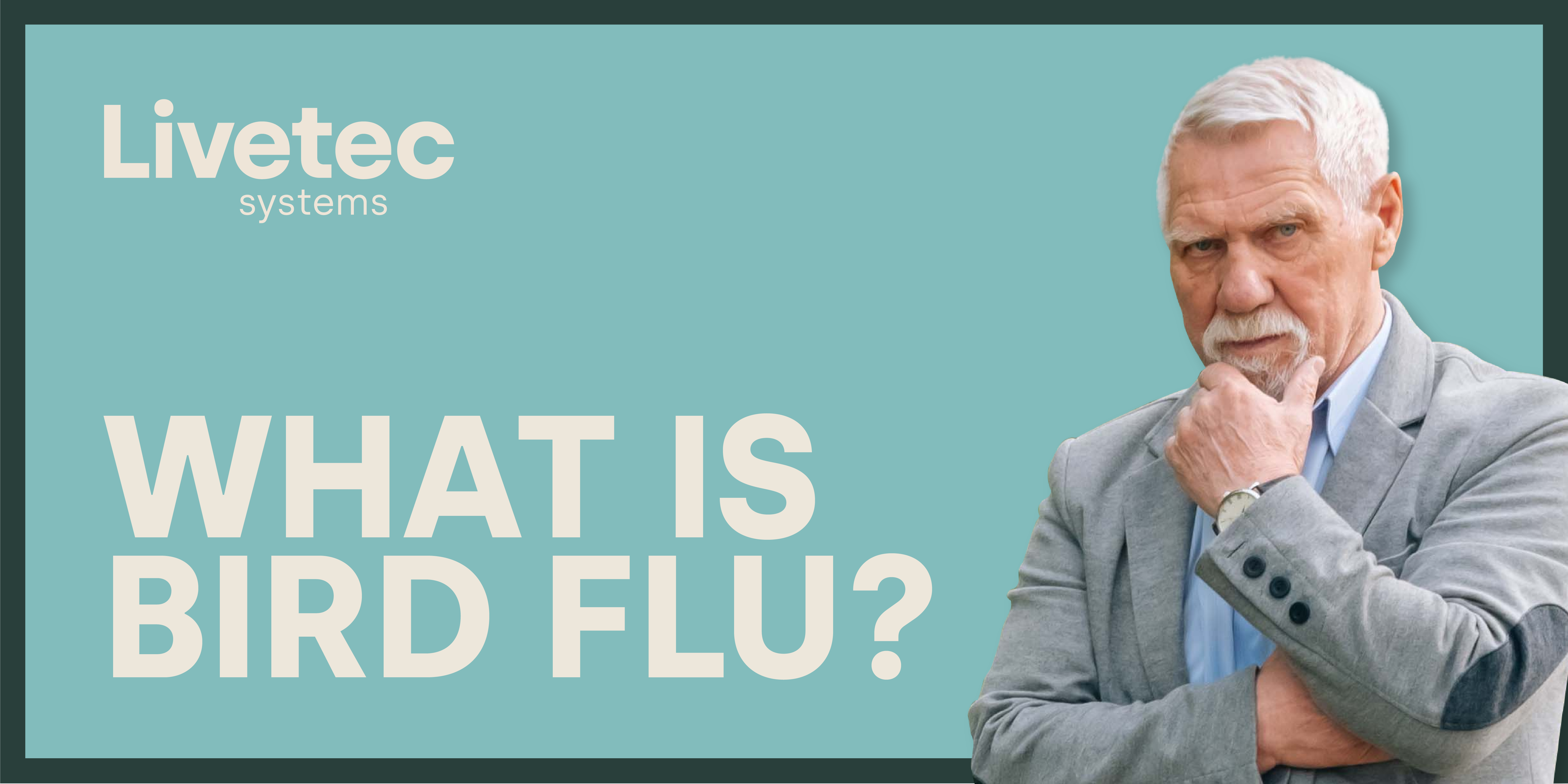 As the UK officially entered an avian influenza (AI) endemic, Livetec Systems, along with government agencies and industry bodies started a non-stop process to slow the spread of disease and support farmers to help prevent outbreaks on their farms.

What is bird flu?

Bird flu is a highly-pathogenic disease affecting the respiratory, gastro-intestinal, reproductive or nervous system in many types of birds, with mortality rates ranging between 90% to 100% in chickens.

Avian influenza is caused by Influenza A viruses that primarily affect birds, but in some rare cases have been known to affect humans and other mammals, which is why it is critical to protect the poultry population, as well as public health. Often, some birds are asymptomatic or show signs of a mild infection but this is dependent on the strain of the virus and its particular properties as well as the breed of the bird.

Some viruses are legally notifiable, which means it is a legal requirement that should you suspect an outbreak in poultry, captive or wild birds it must be reported to the veterinary authorities, the Animal and Plant Health Agency (APHA) and the Government to control the disease in the affected poultry. Livetec have had a significant amount of involvement in notifiable disease outbreaks, like bird flu for nearly a decade.

All HPAI outbreaks are controlled by the Government and variants of LPAI should also be reported as a precaution as they have the ability to recombine into a highly-pathogenic variant. In order to stop the spread of the disease, the Government, Livetec and leading vets recommend implementing scrupulous biosecurity measures.

What species does bird flu affect?

The problem is also exacerbated by the fact that the clinical signs can vary between bird species. These viruses have been recorded in over 100 different species of wild birds around the world. The virus occurs naturally in wild aquatic birds, including waterfowl such as swans, gulls, ducks, geese, plovers and more. When they mix with domestic poultry such as chickens, turkeys and ducks there is an extremely high risk of infection.

What are the symptoms of bird flu?

The symptoms and signs can slightly vary between the different species which are infected, but might show signs of:

When looking for signs across a flock consider:

There could be many reasons for these symptoms but, if bird flu is already in the area then you should be especially mindful and bring in your vet.

How is bird flu spread?

Due to the highly-pathogenic nature of the disease, a range of factors can also aid and support a wider spread. Bird flu can be further spread by people’s clothes and shoes, farm tools, machinery, vehicles and other animals such as rodents, as well as it being easily spread through contact with other infected birds.

Once it has been confirmed that a flock has been infected with bird flu, depopulation is the only solution.

How long does bird flu survive?

There is a considerable amount of evidence that shows that the AI virus can survive in the environment at low temperatures (4° C) for between two to three months, in particular in standing water or ponds. In higher temperatures (20°C), it will survive for half that time, however viruses have been known to genetically change over time, which affects their survivability.

Only tiny doses of viruses are needed to encourage outbreaks, and when these are amplified they can very quickly spread through entire flocks.

If birds become infected with bird flu, it can cause financial hardship, distress to both farmers as well as its workers, costly operational delays and impact the farm businesses reputation, especially amongst neighbouring farms who are caught in surveillance zones due to the outbreak.

At Livetec, your reputation, livelihood and livestock are our priority, which is why we provide a range of biosecurity services designed to mitigate the risk of diseases entering your farm.

Our bespoke biosecurity services help farmers adopt and implement effective strategies that safeguard your business by minimising delays, operational downtime, stress to both you and your animals as well as the impact on your reputation.

In addition, we provide farm businesses with a unique 5-year contingency planning service with a clear outline on what to do should you face an outbreak, which is aligned with both the APHA disease outbreak measures and Defra disease protocols to keep farmers compliant at all times.