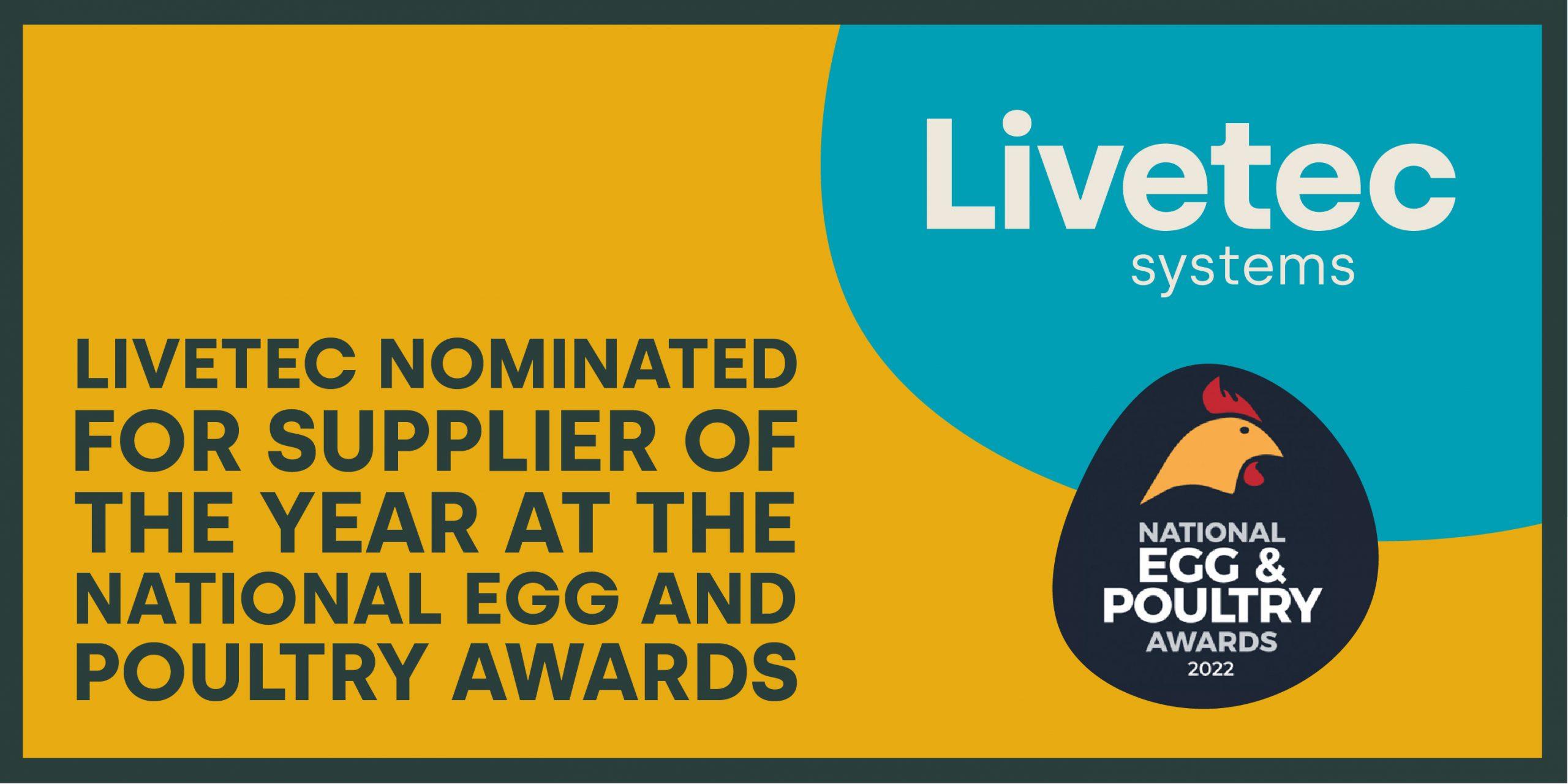 As we navigate out of the worst ever outbreak of avian influenza on British shores, Livetec is delighted to announce that our work helping the nation’s poultry farmers weather tough biosecurity challenges has resulted in a prestigious awards nomination – and voting is now open, giving you three weeks to support Livetec Systems!

We’re pleased to announce that we have been nominated for the Trade Supplier of the Year at the National Egg and Poultry Awards in recognition of our continued dedication to the poultry industry and the support offered to British farmers over the last decade.

Being nominated for an industry award means a great deal to our Livetec team. We’re incredibly proud to be recognised for the breadth of our support to UK farmers and the work we do to help them better protect their livestock and livelihoods with biosecurity guidance, advice, support and solutions.

David Clegg, Business Development Manager at Livetec said, “Over the years, we have provided an abundance of guidance and support to British poultry farmers, informing them of regulations and legislation that impacts on them, as well as supporting them if they are caught in a surveillance or protection zone, or even if they are an infected premise to help them better manage their business and protect their livestock. We’re as committed to this mission today as we were on day one, and each year, step-up the level of assistance we provide in the face of ever-changing biosecurity challenges. Voting is now open so please do show your support!”

Backed by the British Egg Industry Council (BEIC) and the British Poultry Council (BPC), the British Egg and Poultry Awards are held annually. They honour and reflect achievement, excellence and best practice in the poultry sector, while also promoting the egg and poultry industry as a positive career choice and providing a networking opportunity for the sector.

The awards ceremony takes place on Wednesday 6th July, and we’ll be there with our fingers crossed for an award! Check back after the ceremony for our recap of the night.

PS. We’re no stranger to award nominations! Last year, we were also recognised by the British Farming Awards.